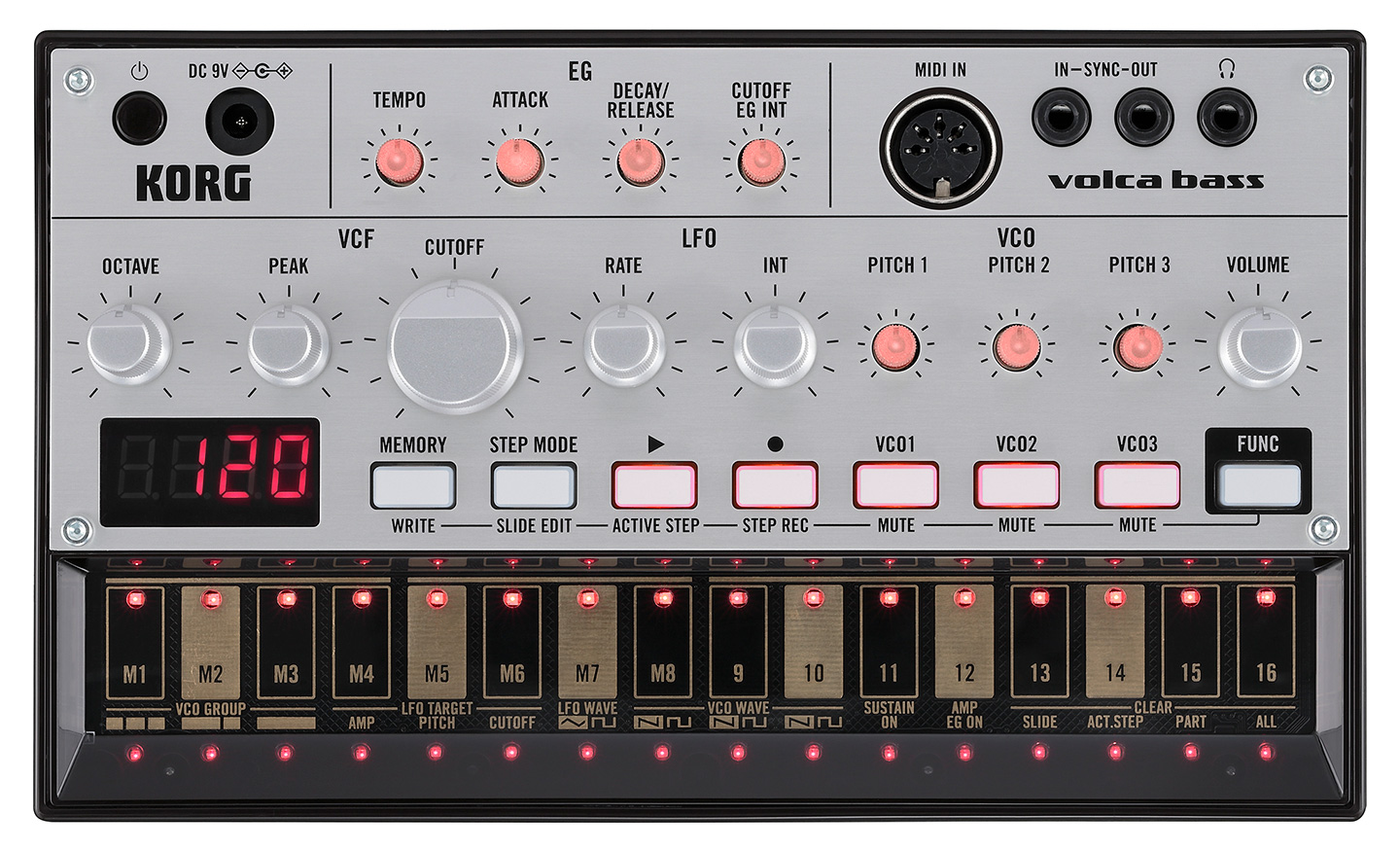 My first drum machine back in the ‘80s was a Roland TR-606. It was what I could afford at the time and it didn’t stay in its original form for more than one day – it soon had separate outputs and tunable toms, and it was quite unique. At the same time, I was never compelled to visit its bass accompanist friend, the TB-303, because of its lack of synth facilities and because the sliding and squelching sequencer part of it didn’t really appeal. Keep in mind that this was the early ‘80s, so that distinctive style we now know as ‘techno’ didn’t exist (and the Devil Fish mods didn’t come until much later), plus I had already owned Roland’s 101 keyboard from their System 100, Roland’s SH-1, the Steiner-Parker Microcon and a Moog Prodigy, so my experience with synthesis was a lot more than the TB-303 had to offer. It was supposed to replace a bass player, and it did that job about as well as the TR-606 did of replacing drummers (LOL!). I don’t feel like too big an idiot for not buying one at the time as it was considered a commercial failure by Roland and production was discontinued in 1984. Funny, that!

And so, on to Korg’s Nubass.

The first eye catching feature of the Nubass is the blue bubble at the top of the blue/black front panel. It’s part of Korg’s continuation into the use and development of valve technology using a new type of vacuum tube, the Nutube, developed in conjunction with the Noritake Itron Corporation, utilizing vacuum fluorescent display technology. It’s a valve, Jim, but not as we know it.

Nubass has a VTO (Vacuum Tube Oscillator) combining a standard sawtooth or square waveform generated by one Nutube, with a sub-oscillator that can be driven to saturation through a second Nutube to give a warmth and grit to the sound without needing external processors.

The ladder filter has a great sound with a spiky resonance that really squelches when turned up. The filter section has a simple envelope generator with control of attack, decay and envelope intensity, and, with a function shift, the LFO’s rate and intensity. Accent amount is also controlled here.

The final tone enhancers in the Nubass voice are the drive and tone controls, similar to an overdrive pedal, which can compress the sound to add distortion and adjust the highs. Next to these controls are the Tempo/Swing knob and the volume knob.

After the blue bubble, the second standout I noticed on the Nubass is that it has Midi so, in addition to being used standalone with its onboard sequencing (and syncing with other Volcas, of course), it can be played with a full-sized keyboard, or added to a collection of other modules to be sequenced by your favourite hardware sequencer or DAW software.

All of the buttons and keys are multifunction, utilising the ‘FUNC’ button to select the second function of each key to choose waveforms for the oscillator and LFO, activate the step sequence functions, or utilise other important parameters of LFO targets, motion sequences, etc.

The 16-step sequencer can be used in step entry mode or played in realtime using the 16 front panel buttons as a keyboard. You can save a total of 16 sequences and use the chain function to play multiple (up to 16) sequences tied together.

The Nubass sequencer has transpose, accent and slide functions to give the characteristic note transitions of the Techno and Acid House trademark sounds, plus the ability to randomise those three functions to give continuous variation in a performance. Add in Volca’s standard motion sequencing of knob movements, which can be stored within each of the 16 onboard sequences, and the possibilities of the Nubass become even more apparent.

Physically there are, of course, Volca’s usual sync in and out and the headphone jack, a 9V DC input for powering, and a battery bay on the rear of the unit – yes, even with the Nutubes, the Nubass runs on batteries!

Do I have any criticisms? One major one: the Nutube controls should go up to eleven, or even thirteen. As it is, they provide a comfortable warmth and a bit of dirt. I would expect an uncomfortable heat and some speaker tearing with this included technology.

Continuing Korg’s trend of diminutive but mighty synth engines in the Volca range, the Nubass harks back to the style of that silver enigma (the TB-303) in a more modern and, to me, appealing format. Why? Sound flexibility, appearance, innovation and price. Just ask Mister Google for more details.

The ladder filter has a great sound with a spiky resonance that really squelches when turned up.